The Way Things Are

I was recently asked some questions about life and ministry here in Magugu.  Perhaps some of the information that was shared would be of interest to you and help you  to know how to pray for us.

Is Swahili a developed language? Swahili is the most widely spoken of all African languages with roughly 100 million speakers in several countries.  Swahili is spoken by 99% of Tanzanians and is a first language for many. Because of its prominence as a premier African language and its relationship to Arabic (roughly 40% of its vocabulary comes from Arabic),  it is more developed than many other African languages.  Also, the Bible was translated into Swahili roughly 60 years ago, so this has greatly increased the religious vocabulary of the average Tanzanian.  However, the average Swahili speaker still  has a much smaller vocabulary than an American speaking English would.  There are times when I use a couple dictionaries and seek out a proper word for a concept in a sermon or lesson, and I soon realize that no one has ever heard of that word.  That means that instead of using one precise word to explain a truth, I must describe the truth using a number of terms.
Isn’t English an official language of Tanzania? Although they are taught English as a subject in school from 1st grade on, the reality is that you could not have a conversation in English with most people--including some of the English teachers. They know the greetings and some limited vocabulary, but even many upper level high school and college students really struggle with their English.  Just last week, I gave a ride to a local English teacher, and after about 2 minutes, we were forced to revert back to Swahili.
What is Magugu like?  Magugu is a rapidly growing village located between Babati (a town of about 40,000 people about 25 minutes away) and Arusha (a city of about 400,000 about 2 hours away).  There is electricity there, but probably much less than half of the people actually have electricity in their homes.  The vast majority do not have running water either.  The average home is very simple (roughly 10x12 feet) with one, or at most two rooms. Probably half of the homes would have concrete floors, while the rest would simply be dirt. There is one paved road, which was completed two years ago, connecting Babati and Arusha, running right through the middle of Magugu, but the rest are all dirt. There are schools, one clinic, and small family owned shops (called dukas) everywhere.  Most sell what everyone else sells -- flour, soda, margarine, rice, soap, salt, sugar, and various other necessities.  Because of cheap land, and the new paved road, many people from all tribes of Tanzania are moving to Magugu. 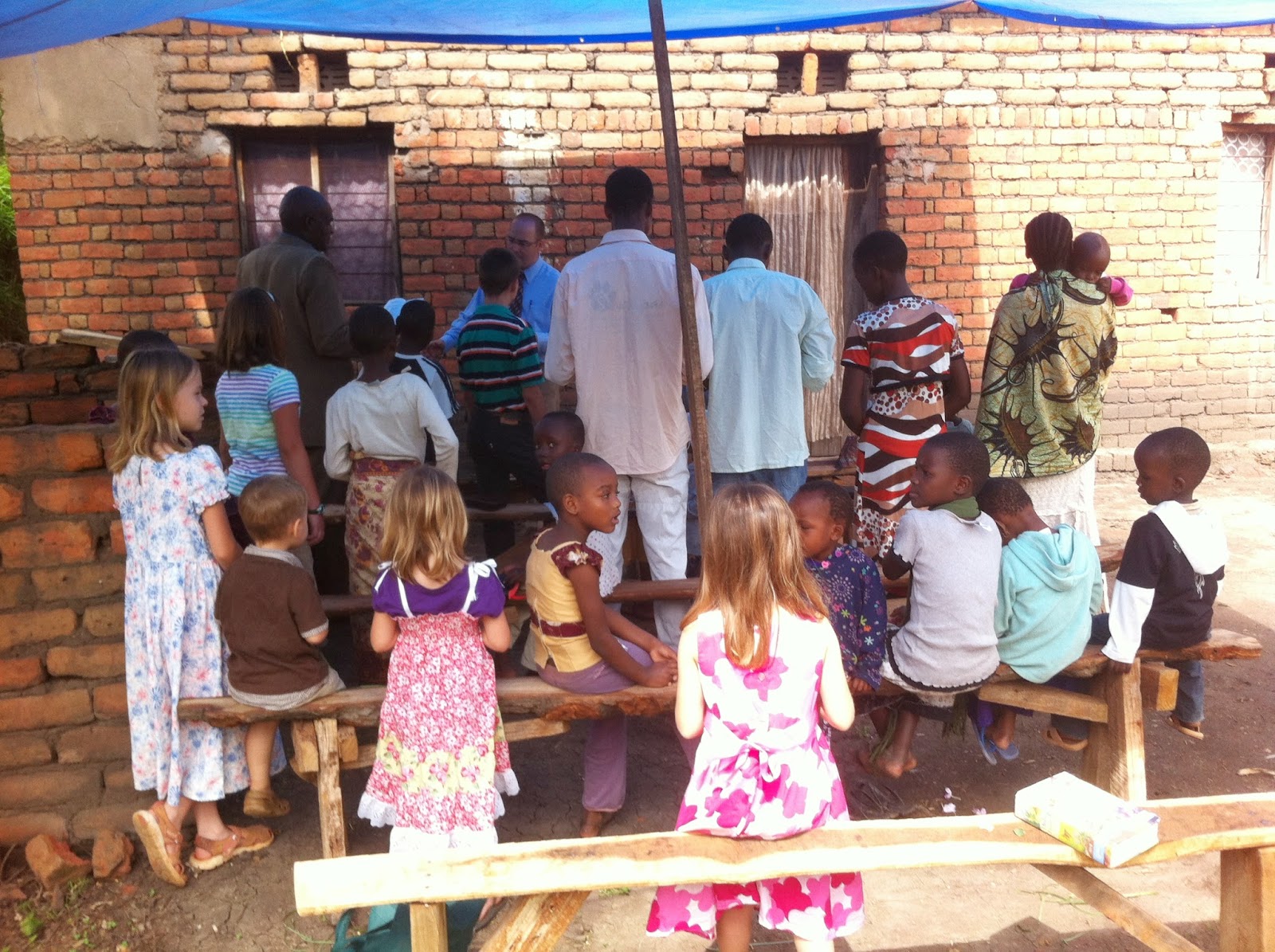 How is ministry among the Datooga (Barabaig) going?  We have been truly blessed to have a young Barabaig man join our church (Gabrieli).  He has shown great spiritual wisdom and has a strong desire to reach his people for Christ.  Please pray for evangelistic efforts among his extended Barabaig family.  Gabrieli has even agreed to do any translation from Swahili to Kidatooga that may be necessary. Also, please pray for his young wife to grow in Christ and desire to be baptized.

Thank you for your interest and your prayers.

Posted by Shipes to the Datooga at 10:29 PM No comments: